Amplitude Modulation (AM): the height of a wave, know as amplitude, can be measured in volts (electrical pressure) .  In Amplitude modulation (AM) the height of the wave is changed in accordance with the height of  another signal, called the modulating signal. AM is very susceptible to interference from outside sources such as lighting , it is general not used for data transmissions.

Figure: Amplitude of a signal

FM is not as susceptible to interference from outside sources and is most commonly used to broadcast radios programs. An FM carrier has a wider  bandwidth, which allows it to carry Hi-Fi as well as stereophonic signals, with two separate sound channels. 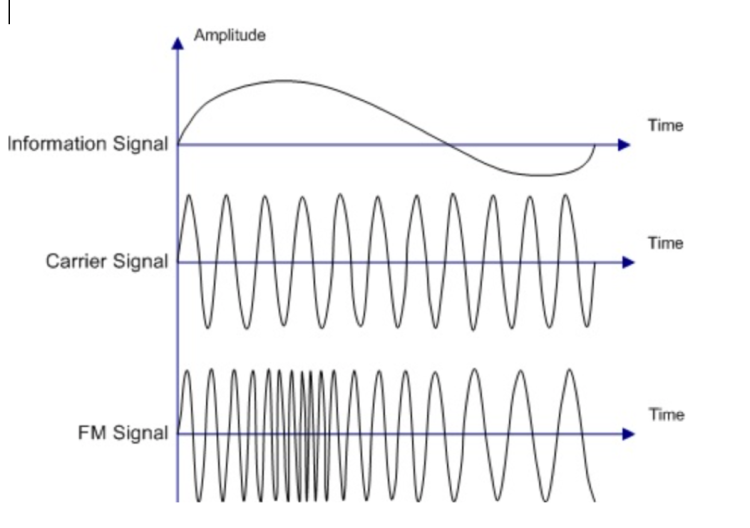 Phase Modulation: In contrast to AM, which changes the height of the wave, and FM which increase the number of waves per cycle, phase modulation (PM) changes the starting point of the cycle, while the amplitude and frequency of the carrier remain constant. Phase modulation is not generally used to represent analog signals.

A signal composed of sine waves has a phase associated with it. The phase is measured in degrees and one complete wave cycle covers 360 degrees. A phase change is always measured with reference to some other signal.